Hosted by artist/film maker Abigail Sidebotham, myself, Gilly Booth, Sean Vicary and Christine Cooper spent a week in late February in the Reading Room Manorbier as part of an NTW Development Lab. Beginning with Donna Harraway’s text Tentacular Thinking, which we read aloud to each other in the sun at Manorbier’s castle, each artist shared some practice and spent the week experimenting with the opportunities of location, Harrawy’s ecological proposals and collective enquiry. We have since met again in Manorbier and walked, talked and drifted together.
I began to physically explore a boulder field at the base of the cliffs at Presipe bay. Whilst climbing and scrambling I began to notice that nearly all these boulders had been snagged beneath with fragments of fishing net, rope, rubber ties and clothing…a quarry of washed up material. Since, I have read about ‘Ghost Nets’ and ‘Ghost gear’, often lost, or uncoupled at sea by offshore fishing vessels these materials become a part of the ecology of the ocean floor and often continue to catch sea life in their midst. Some Ghost nets can stretch for hundreds of metres. There are only a few places where it is possible to recycle damaged nets in the whole of Europe- though there is a significant community of divers who regularly retrieve these nets. The debris at Presipe is spectral, altered and fragmented- washed up ghosts…

Plastic nets and equipment left in the ocean by fishing boats is estimated to make up over 10% of marine rubbish and in the ‘Great Pacific Garbage Patch’ over 40% of the accumulated plastic is lost fishing gear. Even worse these plastic ‘ghost nets’ can go on catching fish and attracting other wildlife which then become entangled too. Often these nets are very old and once they finally do start to degrade they add to the problem of ‘microplastics’ which are ingested by sea creatures BBC. 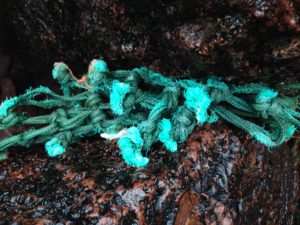 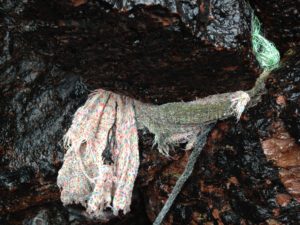 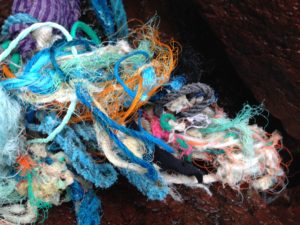 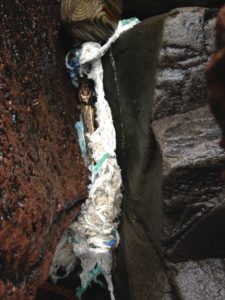 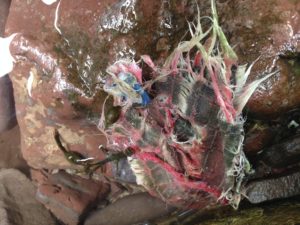 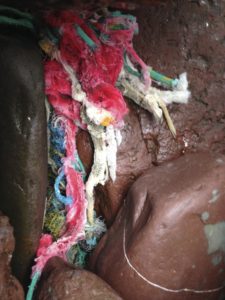 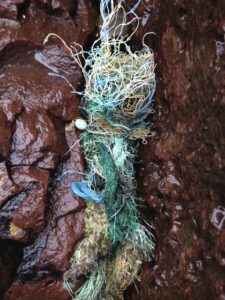